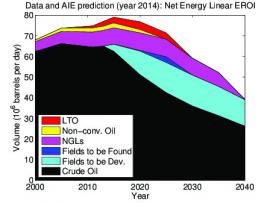 Using the concept of Energy Return On energy Invested (EROI), the amount of the available net energy that can be reasonably expected from World oil liquids during the next decades is calculated. The results indicate a decline in the available oil liquids net energy from 2015 to 2040. Such net energy evaluation is used as a starting point to discuss the feasibility of a Renewable Transition (RT). In order to evaluate the maximum rate of Renewable Energy Sources (RES) development for the RT, it is assumed that, by 2040, the RES will achieve a power of 11 TW (1012 Watt). In this case, by 2040, between 10 and 20% of net energy from liquid hydrocarbons will be required. Taking into account the oil liquids net energy decay, the minimum annual rate of RES deployment to compensate it in different scenarios is calculated. This study shows that if the aim is to keep an increase of 3% of net energy per annum, an 8% annual rate of RES deployment is required. Such results point out the urgent necessity of a determined policy at different levels (regional, national and international) favoring the RT implementation in the next decades. 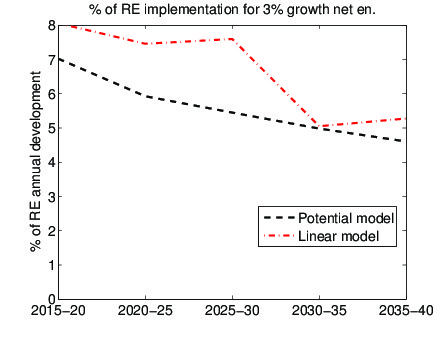